Global vehicle shortage. Why you need to order ASAP to secure your place in the queue

A global shortage of the semiconductor chips, used in much of the tech we use every day, including our mobile phones, laptops and most relevantly to our customers, our vehicles, is causing long delays in production, even now the world is starting to open up a little more.

Due to the unusually high demand of personal tech for homeworking and schooling, alongside a slowing of production, caused by sickness, protective laws and distancing regulations during covid, cracks were already appearing at the start of the year and some delays were starting to be announced. A devistating fire in March just gone at a major factory producing the semiconductor chips in Japan, has meant production of vehicles has ground to a halt until the parts can catch up, with many major manufacturers, such as Ford, Volkswagen and Vauxhall having made the decision to close their factory doors, leaving anyone with a vehicle on order, uncertain when they may see their new van or car.

Volkswagen are currently quoting 12 month delays on factory orders, whilst Vauxhall are unable to give dates until the factory reopens and Ford are anticipating December or even early 2022 for any new orders (these dates are not confirmed, due to the nature of the problem and may well move and change either way; we are hoping for the better!).

If you have any concerns about a vehicle you have on order, please contact your consultant, who will be able to advise as best they can on the status of your order. 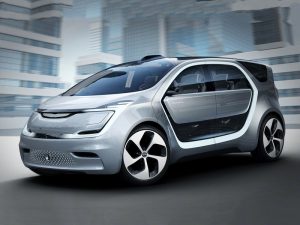 It was announced today that Fiat Chrysler Automobiles (FCA) will be the first automaker to join BMW Group, Intel and Mobileye in making an autonomous driving platform for global deployment.